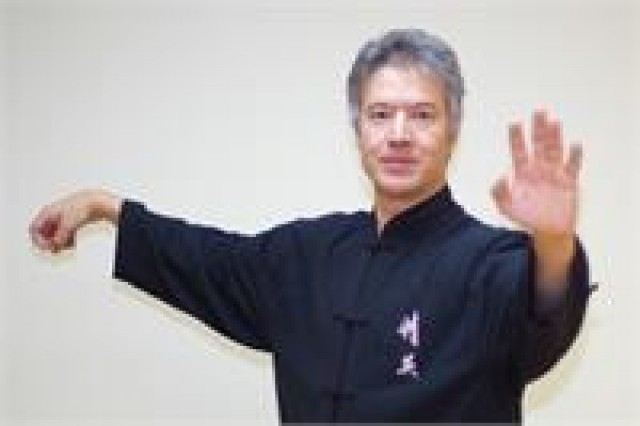 Within a few minutes of speaking with Shifu Billy, it becomes clear that he is passionate about what he does and determined to help others succeed. His background as a scientist, his studies in biology, his experience teaching and his pursuit of studying martial arts provide him with unique skills as an instructor. Not only can he demonstrate a movement and explain its purpose, he can analyze it and break it down to a step-by-step process that makes it easier for others to learn. His holistic approach to instruction helps ensure students understand movements combining mind, body and spirit.

He has given presentations for hospitals, schools, colleges, government agencies, churches, business groups, scouts and more. He has appeared on the Diane Rehm Show, the Marc Steiner Show, the DC Cupcakes episode "So You Think You Can Lion Dance", and has been featured in the New York Times, Baltimore Sun, and Washington Post as well as local papers such as the Capital, and Severna Park Voice. Shifu Billy has had a long career of competing and teaching. Here are some dates for the start of his training, competing, and teaching:

1973 - began training and competing in the martial sport of folkstyle wrestling (to 1981 when he finished college)
1976 - began first teaching job - teaching gymnastics to children 5 to 16 for the Virginia Beach Department of Parks and Recreation
1987 - began studying Traditional Chinese Martial Arts (Tai Chi and Tian Shan Pai Kung Fu)
Shifu Billy also gained valuable coaching experience as the team captain of his high school Cross Country, Wrestling and Gymnastic teams as well as his college Cross Country and Wrestling teams. During his laboratory career, he trained new employees locally, and also provided training for other locations nationally and internationally. In addition, he has taught credit and non-credit courses for Anne Arundel Community College including martial arts and tai chi. He also has over 15 years’ experience working with the developmentally disabled for Bello Machre and the ARC of the Chesapeake. He was also officially recognized with a citation for heroism by the Maryland State General Assembly for going into a pond to rescue an accident victim whose vehicle was sinking.

Shifu Billy is also fortunate to study Tai Chi directly under Grandmaster Chen ZhengLei in the US and in China. Grandmaster Chen, who has officially been recognized as one of the top 10 living martial artists of China and is a descendent of the person who originally created tai chi, invited Shifu Billy to become his indoor student and he underwent a traditional BaiShi ceremony to become an Indoor Disciple and a 12th generation inheritor of Chen Family TaiJiQuan. Shifu Billy has visited the birthplace of TaiJi in Chen Village and studied at the Chen Village training Center. He has also participated in many intensive training camps that Grandmaster Chen holds specifically for his disciples. In 2018, GM Chen celebrated his 70th birthday, the 40th anniversary of his Chen ZhengLei TaiJi Association, and the opening of his new training and exhibition center. During the celebration, Shifu Billy was recognized with an award as an Outstanding International Teacher for his work in helping to share Chen Tai Chi. In a special disciple pledging ceremony, GM Chen accepted his first ever In-Chamber Disciples (his highest level) from the USA. Shifu Billy joined YiJiao Hong of Seattle, Washington and Jimmy Dong of Greenville, South Carolina for this special honor and was the only one not born in China and the first foreigner to undergo the In-Chamber BaiShi ceremony in China! He is currently the director of the East USA Division of the Chen ZhengLei Federation, and a certified International Instructor Examiner.

Shifu Billy has won numerous gold medals in forms, weapons, sparring, tai chi and push hands at local, regional, national and international competitions. He is one of those rare competitors who can win gold with a soft tai chi form, or a dynamic kung fu form, and then apply the principles against another person to win push hands and free sparring - all in the same tournament. He has also been on the other side of the competition ring serving as a judge. A few highlights include:

2005 Grand Champion of the USA National Open Martial Arts Tournament winning gold in sparring, tai chi, and forms
2009 USA WKF National Champion in advanced sparring and advanced Chen Style Tai Chi
30th Anniversary Capitol Classics China Open - Head Judge, Internal Division
2014 USAWKF Traditional Team Trial - Head Judge, selecting US representatives for the 6th World Traditional Championship in China.
2017 International Wushu Elite Competition winning gold for tai chi form and tai chi sword.
Shifu Billy and his wife were married in 1982 and are the owners of the Jing Ying Institute of Kung Fu & Tai Chi which opened in 2000. He and Nancy have worked hard to be active in the local community. Through the Jing Ying Institute, they have raised over $80,000 for local charity, donated thousands of pounds of food, and received numerous awards for having the best martial arts program.